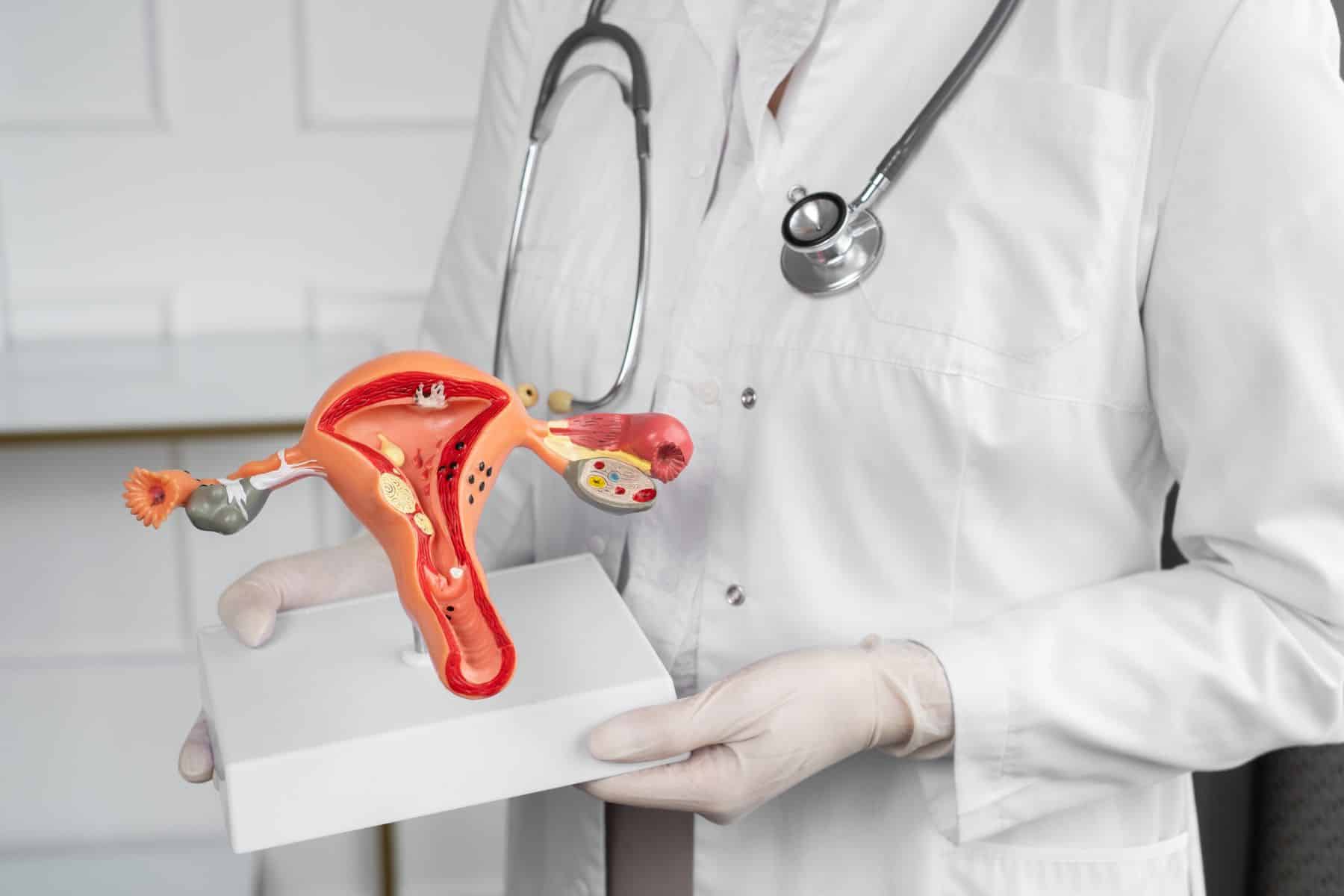 Liquid biopsy solutions were invented mainly for oncological diseases. In our newest blog, we look at a benign disease that could also benefit from innovative diagnostic approaches.

The inner lining of the uterus is called the endometrium. This type of tissue follows a hormone-dependent cyclic growth pattern adapted to the menstrual cycle. The main function of the endometrium is to provide the ideal grounds for a fertilized embryo, without impregnation, the endometrium sheds during menstruation. Endometriosis by definition is the presence of endometrial tissue outside of the uterus. These so-called ectopic endometrial lesions mainly appear in the lower abdomen within the pelvic region, but in some cases, they can reside in distant organs, such as the lungs or diaphragm. This is the same tissue that is in the uterus, so the lesions respond to hormonal effects in the same way: growing and swelling according to the menstrual cycle.

Endometriosis is commonly associated with painful menstruation, persistent pelvic pain, and infertility. The clinical symptoms can vary greatly between patients, some can be asymptomatic, and others can be hospitalized with severe pain. The variability in clinical presentation can be the result of the different anatomical locations affected by the lesions, and/or the divergence of disease severity.

There is currently no consensus on the origin of endometriosis, but there are a few possible explanations. The most widely accepted is Sampson’s theory of retrograde menstruation [1], although most menstruating women experience this phenomenon. A few other hypotheses exist, for example, coelomic metaplasia or embryonic nests, but none of them explain the distant lesions outside of the pelvis. There could also be some predisposing genetic factors and environmental effects that lead to phenotypic variability.

Endometriosis is a fairly common disease, affecting 10-15% of menstruating women, however, it is commonly underdiagnosed. The prevalence in women with chronic pelvic pain is at least 70% [2]. The gold standard method for diagnosing endometriosis is laparoscopic surgery, additionally, ultrasound imaging, and MRI can be applied to localize the lesions [3]. Unfortunately, there is currently no reliable clinical biomarker, and it usually takes several years (~7-11) until patients get the right diagnosis [4]. Recurrent pelvic pain and infertility can have a huge impact on the psychological health and quality of life of endometriosis patients, even impacting social, academic, and professional activities [5].

The urgent need for a less invasive diagnostic method is clear, and liquid biopsy techniques could provide a solution for that. Quite a few attempts have been made to discover reliable biomarkers in blood, peritoneal fluid, endometrial samples, or urine[6], however, none of these have been proven to be clinically applicable yet [7].

Nisenblat and colleagues suggested the criteria for an ideal replacement biomarker test to have a sensitivity of 0.94 and a specificity of 0.79 [8]. Moreover, triage tests could also be useful; for a SnOUT (Sensitive test when Negative rules OUT the disease) test the sensitivity should be 0.95 and specificity >0.50; for a SpIN (Specific test when Positive rules IN the disease) test the values should be 0.50 and >0.95, respectively. Zhao Tian and colleagues summarized the current studies that aim to find potential biomarkers for endometriosis [6].

CA-125 is the most extensively studied blood biomarker in endometriosis. Elevated levels of CA-125 can be associated with more advanced disease stages, but it also fluctuates during the menstrual cycle. As CA-125 is associated with other gynecological malignancies as well, e.g. ovarian cancer, it cannot be applied as a sole biomarker. Furthermore, the negative result does not exclude endometriosis [9]. CA-199 is also found to be elevated in endometriosis [10], however, it also fails to meet the criteria as a single diagnostic test [6]. Cytokines are important cell signaling peptides, and in endometriosis, they seem to influence the implantation of endometriotic foci by interfering with immunologic surveillance. IL-6 has been the most studied among them [11], but the results are inconclusive. Urocortin is expressed in endometrial tissue and is generally considered to be involved in the pathogenesis of endometriosis [12], still, it is not clear yet whether it could be a reliable biomarker. MicroRNAs are involved in numerous diseases and can be obtained from basically any bodily fluid. Deregulation of microRNAs is involved in endometriosis pathology, and some have been investigated as biomarkers. To date, only miR-20 was found to be differentially expressed in multiple studies, so further validations are needed [6].

Tian and colleagues emphasize the importance of combined tests that could improve the overall sensitivity and specificity [6]. There are a few promising test combinations, but the clinical utility is still unclear.

The biomarkers mentioned above can be measured in blood samples, which can be used to enrich circulating cells, too. In cancer research and clinical diagnosis, the circulating tumor cells (CTCs) in peripheral blood have been used for years. Endometriosis is a benign disease, but it has some malignant features, like dissemination, implantation, and metastasis [13]. Studies show that endometrial cells in endometriosis lesions have similar invasive properties as tumor cells (such as epithelial-mesenchymal transition[7]), making their entry into circulation possible. Endometrial cells in peripheral blood (circulating endometrial cells, CECs) have been identified first in 2014 [14]. The presence of CECs provides evidence for active ectopic lesions, and could possibly be used as a biomarker for endometriosis.

Ying Chen and colleagues compared CECs and CA-125 serum level biomarkers’ diagnostic performance [13]. CECs were identified in 17/19 of confirmed endometriosis patients (89.5%). They characterized the cells with immunofluorescence staining. CECs were positive for DAPI, CK+vimentin, estrogen- and progesterone receptor antibody staining, while negative for CD45. With CA-125 measurement, 13 of 19 endometriosis patients were positive (68.4%), however, out of the 6 negative patients, 5 were positive for CEC assay. In conclusion, the CEC assay performed better than CA-125 measurement in distinguishing endometriosis patients from other benign gynecological masses and healthy controls, although according to the criteria mentioned above, it still cannot be used as a biomarker alone.

Vallvé-Juanico and colleagues identified circulating endometrial cells from peripheral blood samples from endometriosis patients and labeled them with epithelial and stromal markers (CK and CD10) [7]. They found CECs only in the endometriosis group (14.75 cells on average), and none in the healthy controls. After immunofluorescence staining, they only found CD10-positive cells, but no CK-positive ones. The authors suggest the cause of this is the epithelial-mesenchymal transition of the circulating cells, which would explain the „metastasis” of ectopic lesions. The epithelial-type cells could have been filtered out due to their smaller size. Interestingly, in one patient who was under GnRH suppression treatment, no CEC was found, but when she discontinued the treatment, the CEC count went up to 57 cells. This shows evidence that CEC count could be associated with disease activity.

CECs are 8-30µm in diameter, making it possible for several size-based separation techniques to isolate them from blood [14]. Chen et al. utilized microfluidic chips, which have been used for CTC capture before [13]. These proved to be an effective means of isolation, resulting in around a 90% recovery rate. Bobek et al used the MetaCell® size-based enrichment system, which is a single-step method involving a polycarbonate membrane with 8 µm pores [14]. They were able to enrich endometrial cells and cultivate them in vitro for further analysis. Vallvé-Juanico et al. utilized the ScreenCell® device, which has 7.5-8µm filter pores that can retain 85-100% of the circulating tumor/endometrial cells [7]. The group isolated CECs only from endometriosis patients and non from healthy controls; and also analyzed them with immunohistochemistry.

The use of CECs as an endometriosis biomarker is a relatively new but promising concept, therefore it still needs to be investigated. It would be helpful to determine the absolute quantity of CECs captured in blood. We also need to separate endometrial cells from possible malignant tumor cells and vascular endothelial cells. Since CECs are intact cells, they contain comprehensive information on genome, transcriptome, and proteome, and could reflect histological characteristics without the need for surgery [13]. 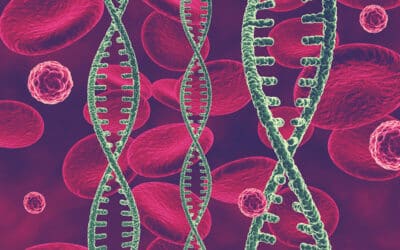 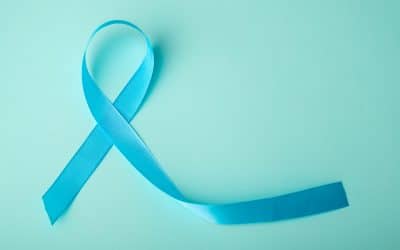 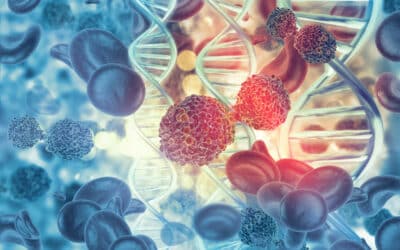 In the last part of our blog series, we will focus on the process by which subclones in tumors change over time and how liquid biopsy can be applied in monitoring clonal evolution and heterogeneity...