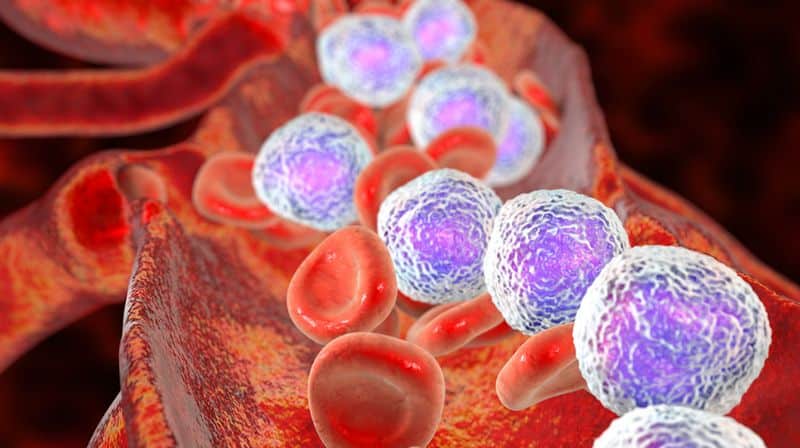 In the first piece of our four-part blog series–exploring the application possibilities of liquid biopsy–, we will discuss the current horizon and future perspective of liquid biopsy-based minimal residual disease (MRD) detection in solid tumors.

MRD refers to small amounts of residual primary tumor enduring in the body after treatment, which remain undetected even by high-resolution imaging approaches. The presence of MRD predicts possible short- or long-term relapse in cancer patients. It is an essential indicator of treatment response, so it’s really important to detect MRD and intervene in its earliest stages of appearance, preventing the development of incurable metastatic disease.

One of the most important factors in prognosis and in the management of cancer patients is the absence or presence of metastatic dissemination at the time of diagnosis or during treatments. Metastasis occurs when tumor cells break off from the original tumor, enter the bloodstream, lymph nodes, or bone marrow and spread to other areas of the body. The spread of tumor cells is referred to as circulating tumor cells (CTCs), when present in the peripheral blood (Cristofanilli et al., 2017), representing an intermediate stage of metastasis (Micalizzi et al., 2017). Dying tumor cells release small pieces of their DNA termed as cell-free circulating tumor DNA (ctDNA) that can also be detected in the bloodstream along with CTCs. One emerging area of application of liquid biopsy is to sensitively detect molecular indications of disease recurrence and MRD in the form of CTCs and ctDNA.

Highly-sensitive, real-time liquid biopsy approaches based on the detection of small numbers of CTCs or ctDNA now enable MRD detection in patients with various malignancies. An increase in these biomarkers is associated with cancer progression, a decrease with cancer remission. Numerous studies have demonstrated the importance of MRD as a reliable predictor of long-term outcomes not just for patients with hematological malignancies but also for patients with solid tumors.

MRD monitoring applications are the new frontiers of liquid biopsy analyzes with three main potentials are of use in the clinical setting (Pantel et al., 2019):

Fig.1. Overview of the potential clinical applications of ctDNA and CTCs depending on the clinical setting. At the time of diagnosis of disease, the number of CTCs and/or ctDNA level was high. After curative surgery, CTCs and ctDNA disappear immediately from the peripheral blood. However, CTCs and ctDNA can be detected in MRD and an increase in their levels indicates clinical recurrence. Although some patients without MRD can experience recurrent disease, the time to recurrence is longer than that of patients with MRD (Yamada et al., 2019).

MRD detection with liquid biopsy is challenged by the very low concentrations of CTCs and ctDNA in blood. This approach is also strongly limited by the availability of therapies that are effective in eradicating small amounts of residual tumor.

To address the first difficulty several molecular biology-based technologies have been also adapted for achieving a detailed genetic profiles of CTC and ctDNAs. They can be classified into two approaches: massively parallel sequencing technologies or next-generation sequencing (NGS) and digital genomic techniques such as digital PCR (dPCR), providing biomarker and mutation information related to specific tumors.

The first approved tumor-specific ctDNA-based MRD monitoring assay in solid tumors, Signatera (developed by Natera) was released on the market just last year. These new advances in the technology enable not only testing for a fixed panel of therapeutically relevant genes of the detected CTCs and ctDNA but also customized blood tests tailored to match the clonal mutations found in the tumor tissue of each and every patient.

Studies have shown MRD as an important measurement for the depth of response, acting as a surrogate marker for longer progression-free survival and overall survival. For potentially curative cancer diseases, liquid biopsy could have a key role in early-stage patient management preventing the development of incurable metastatic disease, but there are also directives to establish the role of these biomarkers in early-stage patients (Bardelli et al., 2017) and establish clinical guidance for long-term post-remission therapies (Yamada et al., 2019).

Within each context of use of liquid biopsy-based MRD monitoring, there are questions like underlying disease, patient heterogeneity, therapeutic context, target of therapy, or a combination of disease parameters that need to be addressed in order to allow effective use of MRD in regulatory decision-making. MRD is already shown to enrich clinical trial populations or to guide patient allocation into specific treatment arms in clinical trials. Researchers and pharmaceutical companies are now also considering ctDNA clearance as a new primary endpoint in clinical trials. As these assays become more standardized, MRD could become more commonplace in clinical studies, and over the next few years, MRD could become validated as a surrogate endpoint in some cases.

As we can see MRD as a general measure of tumor burden has huge potential in regulatory and clinical applications as a prognostic biomarker and hopefully more and more advancements find their way into cancer diagnostics.